Knitting Intarsia in the Round 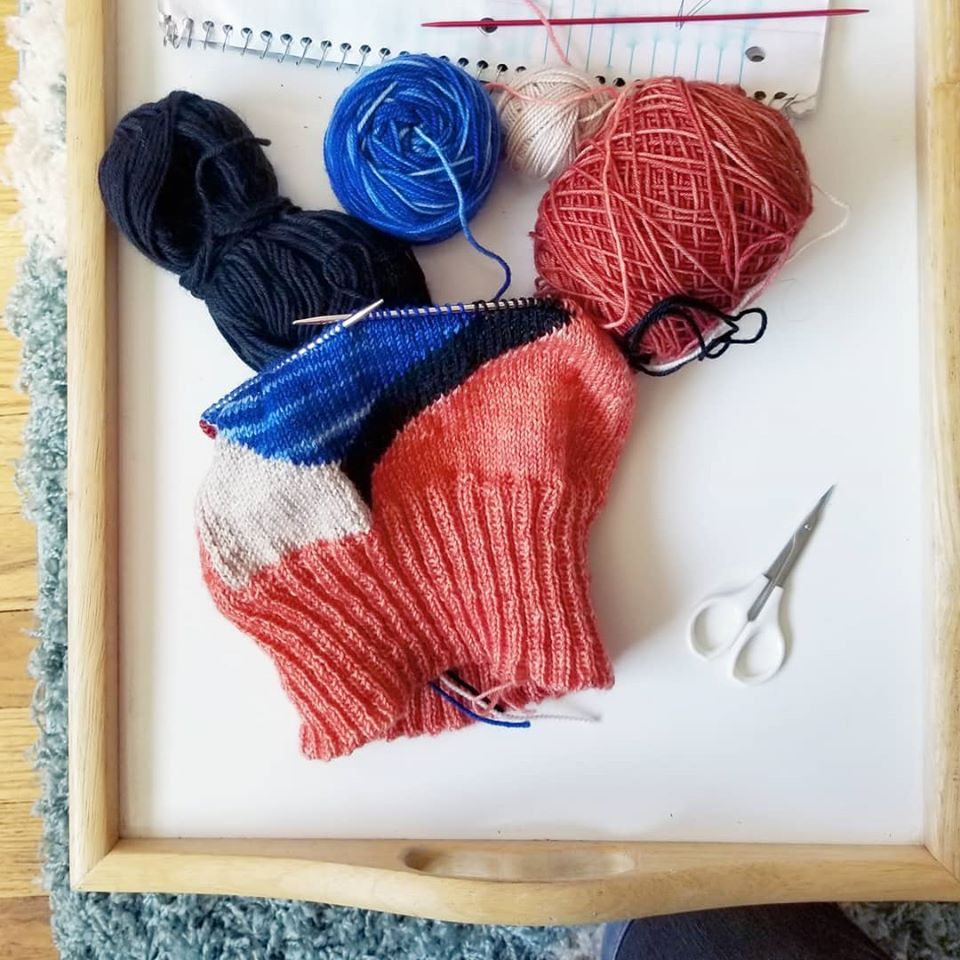 In this hat, only the body used intarsia. The ribbing was knit completely in the round. I started the intarsia with the round transition/join between the off-white and salmon pink yarn, initially. As I improvised the geometric design, I introduced the navy yarn on one side of the join, so the join was now between off-white and navy. I then added the bright blue yarn exactly at the join, and since I wanted the shape to grow as a diamond, I started shifting the join over by one stitch every row. The join was then between the off-white and bright blue regions.